What You Should Know about the Brazilian Photovoltaic Market

As of June 2022, the Brazilian solar PV industry has topped the 16 GW mark in operating capacity, of which more than 11 GW are power generation systems installed where, or very near where, the electricity is needed, all within the category of Distributed Solar Power Generation (DSPG). Brazil currently has more than 1 million of those one-off own-use power generation systems installed on roofs, façades and grounds of homes, businesses, factories, farms and public buildings. In turn, Centralized Solar Power Generation (CSPG) has 5 GW operating capacity in medium- and large-scale government-regulated solar PV plants which have been increasingly gaining ground as a renewable technology of high added value to the country.

The push towards using solar PV power is approved by 90% of the Brazilian population and attracts the eyes of entrepreneurs and government leaders alike for its potential to bring socioeconomic, strategic and environmental benefits to the country. Brazil’s solar radiation levels are among the best on the planet. The country’s solar PV industry has been able to bring on more than R$ 85.4 billion in new investments since 2012, which has generated 475,500+ new jobs, offset the emission of more than 23.6 million tons of CO₂ in electricity generation, and helped pour an estimated R$ 22.7 billion in taxes into the public coffers.

By diversifying the country’s electricity mix, solar PV helps increase the reliability of the national power system and relieve its dependence on water resources. Shortages on noble uses such as human consumption and agriculture are avoided and hydroelectric reservoirs are spared, thus bypassing the adoption of stringent rationing measures.

Additionally, the use of solar energy for clean and renewable electricity generation is a weighty factor in meeting international commitments on reduction targets of greenhouse gas emissions and the decarbonization of the country’s economy. This has the potential to reposition Brazil on the world stage, as demonstrated by opportunities for involving technology and the use of renewable energy sources for developing products and markets aligned with the principles of the green, low carbon economy, the efficient use of resources and the drive for social inclusion.
ABSOLAR’s projections for solar PV point to a possible 25 GW in operating capacity by the end of this year. In May, SolarPower Europe launched its Global Market Outlook for Solar Power 2022-2026 at Intersolar Europe 2022. The market analysis report has two chapters co-authored by ABSOLAR on Brazil’s and Latin America’s solar prospects which rank Brazil as the fifth country with the highest projection of solar PV installed capacity to be added to the electricity mix by 2026.

This same accelerated dynamic will set the pace for the industry’s stakeholders so as to ensure that the new demands of market and society are met by sound regulation, planning and institutional engagement of the Brazilian electric power industry.
Technological innovations such as those in electrical energy storage systems have the potential to add far-reaching services for consumers, distributors, carriers, generators and operators of the electric power system. The synergy between storage systems and solar PV systems is loaded with innovative solutions for the different services provided.

This webinar will address issues of great relevance for the solar PV industry, which will be covered in greater detail at Intersolar South America.
Both the recording and the presentation are made available to all registrants after the webinar. 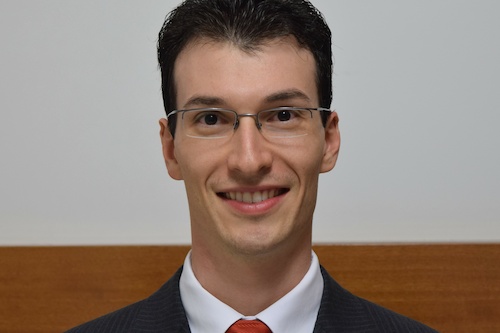 Dr. Rodrigo Lopes Sauaia is co-founder and CEO of ABSOLAR (Brazilian Solar Photovoltaic Energy Association), the national association representing Brazilian solar PV companies and professionals. He is co-founder and a governing board member of the GSC (Global Solar Council), a non-profit body representing regional and national solar associations on international issues.
Rodrigo holds a PhD in Materials Engineering and Technology from PUC-RS (Pontifical Catholic University of Rio Grande do Sul), a Master's degree in Renewable Energies from Loughborough University (UK), a bachelor's degree in Chemistry from USP (São Paulo University), and has collaborated with the Fraunhofer Institut für Solare Energiesysteme (Germany) and with ETH Zürich (Switzerland). 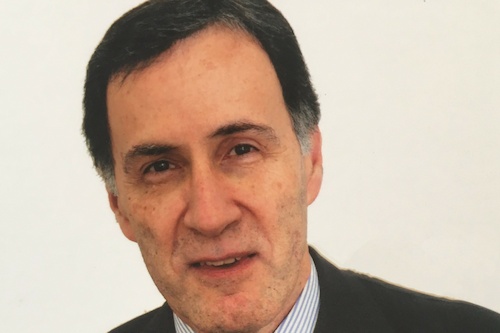 Do you already have an account for The smarter E Login Area? There, you'll have access to this webinar and the complete Webinar Collection with recordings and downloadable presentation slides.