The smarter E South America: Brazil proves itself as a major player in the global solar energy market

Solar Energy as an important source of generation of new investments, tax collection and jobs in the country, has just reached the historic mark of 18 gigawatts (GW) of installed power, tends to place Brazil among the main global players in the segment.

As the competitiveness of photovoltaics increases in the energy market, the reliability of the technology is a major concern. Therefore, reliable and efficient methods of operation and maintenance (O&M) of PV plants are of utmost importance to ensure the safety, availability and productivity of the systems.

Episodes of The smarter E Podcast

For and with the creators of the new energy world.

A new podcast episode is published every Thursday. Browse the complete list of episodes.

The capital city of São Paulo, a state about the size of the United Kingdom, with a population similar to Spain´s accounts for almost half of the Brazilian economy. São Paulo City is also the country´s first tourist destination.

Travelling to, from and in São Paulo

Whether you plan to travel via plane, train, bus or car, we have compiled helpful information and links for you. 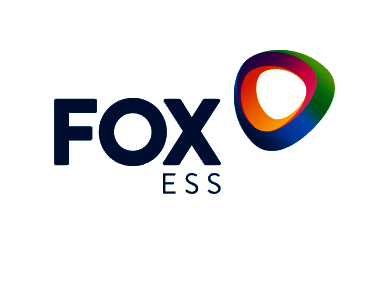 A free shuttle bus service will be provided between the Tietê metro station and Expo Center Norte.
The bus will be departing from Rua Voluntários da Pátria 498, a two-minute walk from the station.

The first shuttle will depart at 8am.
The last shuttle back will leave Expo Center Norte from outside the Red Pavilion at 9pm.

The well laid out local public transport network takes exhibitors and visitors directly to the Expo Center Norte and everywhere else around the city.

Please check with the Brazilian Consulate in your country regarding the entry requirements for business purposes.

These and other facets can be seen in the architecture of its buildings, streets, its fine gastronomy, in the way people dress and act, brave people who never stop writing, day after day, the history of their city. The greatness of São Paulo can only be described in a variety of ways. It can be said that it boasts the largest hotel structure in all of Latin America, the best hospitals in the country, and it offers what is best and most diversified in terms of cultural activities, in Brazil.

It is one of the international capitals of gastronomy, a sure destination for internationally renowned big events, such as trade fairs and exhibitions, besides being a hub for prestigious academic and research centers, among so many other references.

São Paulo´s capital city has hundreds of movie theaters, museums, theatres, cultural and historical areas, parks, show houses, thematic parks, restaurants, bars, hotels, convention centers, shopping malls, and several streets lined with specialty shops. São Paulo is the city that hosts the largest number of conventions and trade fairs inLatin America‒ 70 thousand annually. Every year, 10 million visitors come to the city to do business or renew business contacts, to shop, or simply to enjoy its cultural activities in keeping with what goes on in the rest of the world.

To be in São Paulo means to experience, in style, the life of a metropolis that ticks around the clock, combining work and leisure as if they were the two sides of a same coin. The capital city of São Paulo, a state about the size of the United Kingdom, with a population similar to Spain´s, and that accounts for almost half of the Brazilian economy, São Paulo City is also the country´s first tourist destination.

The Cataratas do Iguaçu, located between Brazil and Argentina are the largest waterfalls in the world and a World Heritage Site. The normal volume of water flowing over the waterfalls is around 1.5 mn liters per second. In June of this year, that flow was down to a mere 310.000 liters per second, 20 percent of the normal level.

The Mylar UVHPET photovoltaic (PV) backsheet with recycled content, the MarcS modular PV construction system, and the Hi-MO5 high-power bifacial module for large solar parks have been named as some of the most pioneering products within the solar industry.

We thank our Sponsors and Partners!

Sponsors and Partners of The smarter E South America 2021

Read more about the The smarter E AWARD finalists 2021

The Free Energy Market is the topic of the moment for centralized solar PV.