The Mylar UVHPET photovoltaic (PV) backsheet with recycled content, the MarcS modular PV construction system, and the Hi-MO5 high-power bifacial module for large solar parks have been named as some of the most pioneering products within the solar industry.

Only 530 MW of the 2.97 GW of renewable energy generation capacity contracted in the procurement exercise went to solar. Eleven solar projects were successful and their final electricity prices were far below those offered by competing technologies. 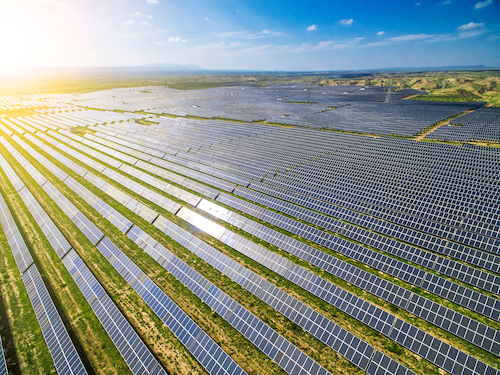 The Brazilian government awarded 20-year power purchase agreements to 11 solar projects in the A-6 energy auction held in São Paulo on Friday.

Through the procurement exercise – termed A-6 because successful projects have six years to come online – the Brazilian government allocated 2,979 MW of generation capacity, of which 530 MW was solar. Wind power projects secured the largest allocation, with 1,040 MW of generation capacity, ahead of 734 MW of gas-fired power. Hydro trailed solar, with 445 MW of capacity, and biomass projects secured 229 MW of the capacity available.

The largest four successful solar projects each had a generation capacity of 75 MW, one had a 60 MW rating, five were 30 MW in scale and the smallest was 20 MW.

The auction’s overall average price was BRL176.09/MWh. The projects selected must be operational by January 1, 2025. (...) Read more at https://www.pv-magazine.com

The Brazilian energy agency, has announced the results of an energy auction held by the Chamber of Commercialization of Electric Power (CCEE).

Solar power has become a competitive alternative as a renewable source of energy and can help the country meet its commitments to reduce greenhouse gases, the report says.

Three exhibitions, one special exhibition, one mission: setting the stage for developing a clean and advanced energy industry in South America.